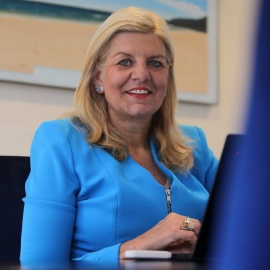 After 36 years in public education, Lila’s commitment to education was recognised by being honoured with the Order of Australia Medal (OAM), announced in 2017.  Lila currently has a portfolio of work including several roles for the NSW Department of Education, managing Professional Learning for UNSW Gonski Institute for Education, Presidency of ACENSW, lecturing at university, and supervising professional experience. Lila is also a member of several education advisory boards, coaches school leaders, collaborates on research and works freelance on several special projects across professional associations and the education community. Until recently, Lila held the position of Director, Secondary Education, at the Department of Education and prior to which was the President of the NSW Secondary Principals’ Council (SPC) from 2012 to 2016. The professional association she led operated in a privileged, mutually respected and influential position both educationally and politically. Further, as principal of a secondary high school for 15 years, she led numerous innovative reforms and programs at a school, cluster of schools, regional, state and national level.