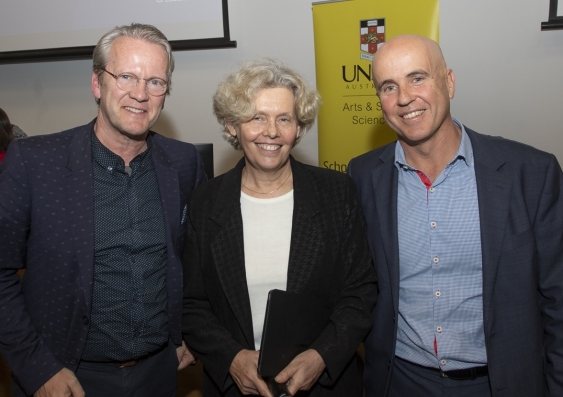 Thought leaders from the UNSW Sydney Gonski Institute for Education delivered their recommendations and responses to the recently released Review to Achieve Educational Excellence in Australian Schools, more commonly known as Gonski 2.0, during a forum in the Ainsworth Auditorium at UNSW on 29 May.

Gonksi 2.0 is a review commissioned last year by the Turnbull Government to ensure school funding was being spent on proven initiatives that improve student outcomes and school performance. Significant increases in school spending in the past 10 years have failed to improve student outcomes with Australia falling down the ranks on international indicators. UNSW experts warn however, the report is not a road map to educational success, rather a starting point for nationwide public conversations on next steps. 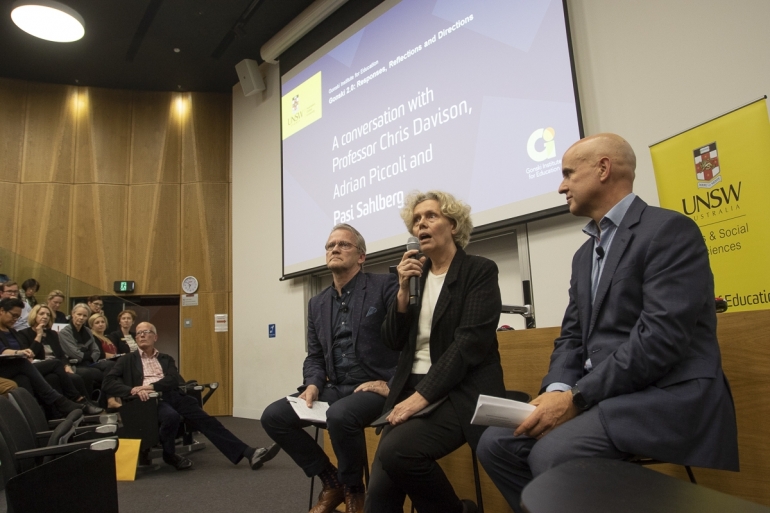 “When I read the Gonski 2.0 report I read it as a political statement and I think that’s how it should be read. It is not a technical paper or report that gives you an idea of what to do next, exactly,” Sahlberg said. “I read it as an invitation, a call for people to come to events like this and all over the country, to start to think about what we should do, where do we go from here.”

Sahlberg said the report propelled education back to a national priority. He said he would like the conversation to now shift from funding issues to content issues such early childhood education, pedagogy, student health and well-being, the teaching profession and school leadership.

“Fair funding and how the funds are distributed is an extremely important part of the conversation and I hope that conversation will not go away, but I think there will be so many things that this report is bringing to the conversation that are worth engaging in.”

But Sahlberg also noted the report's extensive use of education jargon like “assessment tools for teachers,” “personalisation,” and “evidence” that people will interpret in their own way.

“The history of education reforms globally is that it is flooded with high quality reports and research studies exactly like this. The intention is great, and the report is beautiful, and there is barely anybody there who can disagree with what the report is saying,” Sahlberg said. “But the implementation of these intentions is what becomes the problem.” 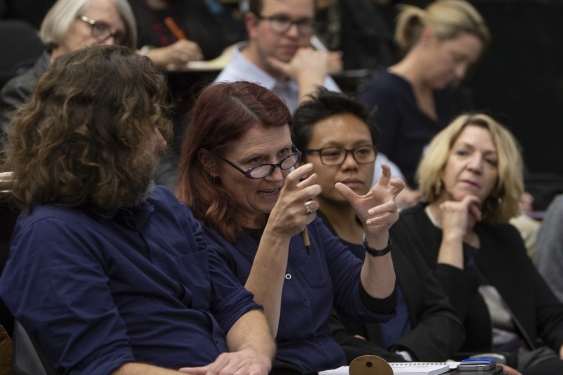 Sahlberg said a prime example is the United States’ No Child Left Behind (NCLB) Act, George W. Bush’s education-reform policy designed to close the student achievement gap signed into federal law in 2002. Under NCLB, accountability – whether students graduated, or teachers kept their jobs – is weighted entirely on standardised tests.

“That’s good evidence of how the good intentions can lead to very poor implementation. I think that a big question here is ‘how or what do these things look like when they go to implementation?’” Sahlberg said.

Davison called the report “transformational” in recognising the diversity of the 3.5 million students in Australian schools. She said the report commits the education system and education leaders to delivering one year of growth for every one year of learning for each student regardless of immigrant status, access to education, or socioeconomic background.

“Too often people assume there is a generic norm that is occupying our classrooms. You develop a good idea for teaching and you can scale it up without much difficultly. You just need to find the good ideas and get the teachers to implement it,” Davison said. “But we know that demographically Australia has a very varied population that is continually changing and often that is not recognised in policy documents at all.”

“One of the things that I am very excited about with the Gonski 2.0 document is the way in which – I think perhaps for the first time – it seriously addressed that diversity and resources the learning and teaching of those students in schools,” she continued.

Later this year, the Federal Government is expected to respond to the report through the Council of Australian Governments’ Education Council.

Piccoli, a former NSW education minister, said further spending on education policies needs to be grounded in quality research and evidence, and not simply driven by political compromises between the Commonwealth and state governments.

“I certainly hope that whatever they come up with as part of these agreements, that the perspective of the teaching profession and principals are very much at the forefront because we know that unless we have buy in from the profession, then the very outcomes that they want for 2.0 are not going to come,” Piccoli said. “If it doesn’t work in the classroom, then it doesn’t work. We will continue to have the same arguments about money and spending effectiveness and results, and we will still be arguing about PISA and our rankings in ten years’ time and 20 years’ time.”