Two schools have doubled their play breaks, and parents are 'ecstatic'

The kids at St Andrews Primary in Malabar couldn't believe their luck. This term, the school doubled their play breaks from two to four, letting them loose in the playground every hour. "We get heaps more play," said eight-year-old Jagger Phillips.

They're not actually spending more time in the playground. But inspired by the Finnish model of allowing regular breaks to let children recharge, principal Leonie Burfield shaved some time off lunch and recess to introduce more frequent "brain breaks".

The students now have two play times of ten minutes, and two of 30. They spend no more than an hour in class, and Mrs Burfield can already see the benefits. "We are noticing that kids are more focused," she said. 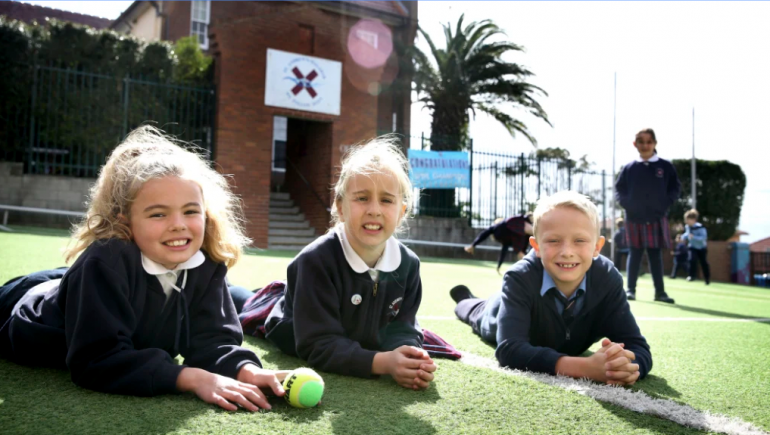 Rose Andre has implemented the same changes at another Sydney Catholic School, Our Lady Star of the Sea in Miranda, with similar results. "Our speech therapist has noticed it's made a huge difference to their concentration," she said.

Evidence shows that play is essential to children's learning, but many educators are warning of a play crisis in the English-speaking world, as parents worry about academic attainment and urbanisation leaves less room for children to roam.

During a recent study trip to Finland - often cited as one of the best education systems in the world - the two Sydney principals noticed many areas in which they preferred Australia's approach to Finland's, such as cooperative teaching and flexible learning spaces.

But they saw how well the children responded to 15 minute play breaks every 45 minutes. They would go outside, even if the temperature was below freezing, and then rush back inside to continue their lessons.

The principals could not import exactly the same approach due to NSW Education Standards Authority regulations, so they shaved 10 minutes off the 40-minute lunch and recess to create an extra 10 minute break after each hour-long block.

"We always find that the last 10 minutes of lunch is where most accidents happen," said Mrs Andre. "They're getting feral, they're bashing into each other and the fights start. We've found that's actually decreased."

They have stopped making children line up after the whistle, and let them return straight to their classroom. Within minutes, they are ready to work again. "When the kids come in now they are much more focused," said Mrs Burfield.

"My parents are ecstatic. They are excited about the fact that we've implemented something that is quite small, but it's made a massive difference to their kids in such a short time frame."

There are rules around the kind of play that happens during the 10-minute break. It must be outside, physical, and involve minimal equipment.

"They're actually using their skills of socialising to play games and interact," said Mrs Andrew. "Kids that didn't normally interact a great deal are interacting a lot more."

The principals were inspired by the work of Pasi Sahlberg, a Finnish education professor now based in Sydney with the University of NSW's Gonski Institute for Education.

"Any format that gives kids more time during school days to play outside, or simply have time for themselves, is good," said Professor Sahlberg, whose new book, Let the Children Play, will be released in Australia this month.

"There is a big difference between that time being structured or programmed for kids and that time being unstructured, free play that kids can decide what to do. The latter is better ... because it gives children much more opportunities to figure out what to do, such as be creative, negotiate, collaborate, communicate, and so on."