This block is broken or missing. You may be missing content or you might need to enable the original module.

Professor Pasi Sahlberg has a warning for policymakers hurriedly touting the need to ‘go back to basics’ in a bid to reverse Australia’s plummeting PISA results. 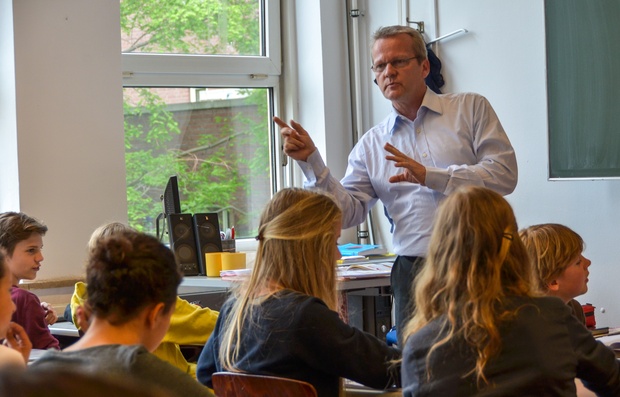 “It's very important that people here understand that this downward trend in Australia, that some people say is a record low, is a global trend,” the deputy director of UNSW Sydney’s Gonski Institute tells EducationHQ.

“So if you look at the OECD overall, 37 OECD countries are doing worse in all domains.

"And then there's a number of other countries like Canada and Finland and Japan and Korea and others that are also [following] the same kind of declining trend, so my advice is not to panic here.

Any of these simple solutions like going ‘back to basics’ or phonics tests … are simple, but wrong things.

“I think we should be looking much more at trying to understand who the young people are today in school, and how they are different compared to five or 10 years ago, and then find solutions from [there], rather than trying to fix a complex problem with a simple solution.”

It’s not so much the ‘shortcomings’ of schools and teachers that are to blame for the drop in student performance - rather, we are seeing the effects of digital devices and the increasing amount of time children spend each day hooked on their screens, Sahlberg says.

“In most OECD countries, students now spend, on average, eight hours a day on digital devices. As a consequence, they read less, move less, sleep worse, and are not ready to learn in school,” Sahlberg notes.

While Finland has earned a reputation as having one of the best education systems in the world, it’s PISA results have waned in recent years.

Sahlberg, a former director general at Finland’s Ministry of Education, believes the digital addiction is at play here, too.

“In Finland … young people on average now spend much less time on activities that are directly linked to school performance, like reading, for example.

“According to the latest PISA (results), two thirds of the boys in Finland reported that they only read when they have to, and [the increasing use of digital devices] is kind of decreasing the time that the Finnish children used to spend on school and learning-related things.”

As Sahlberg puts it, PISA shows that the most successful education systems in the OECD are “those that have prioritised equity as much as the quality of education outcomes".

To this end, Australia’s system leaves a lot to be desired.

“Disadvantaged students in Australia are less likely to attend the same schools as high achievers, increasing the risk of inequity in education.

"According to PISA 2018 data, equity remains the primary area Australia must improve if it wants to get back to upward trends in school education.”

However, Sahlberg cautions that PISA results should not be taken out of context or considered the sole indicator of a healthy education system.

"PISA tests are taken with various levels of seriousness in different countries", he says.

"In some places PISA is seen as unimportant and irrelevant to students, in some other places significantly important and an issue of national pride.

"PISA as an indicator of the state of education systems is like blood pressure in determining someone's health.

"It provides some information that can be useful and important, but on its own, just like blood pressure, doesn’t reveal the quality of education of the nation or how healthy a person is.

“PISA is a good servant but a bad master.”

*Written with some quotes kindly provided by MCERA