DEBBIE CRAMSIE for the Catholic Weekly

Playtime is serious business at Miranda’s Our Lady Star of the Sea Primary School.

The Sutherland shire school has introduced an innovative program where it has doubled play times from two to four, giving students a “brain break” every hour.

One of two Sydney Catholic Schools to implement the new timetable, the students are never in class longer than an hour to keep their minds fresh.

The kids are not actually spending more time in the playground, time has been shaved off lunch and recess to introduce more frequent periods out of the classroom including two lunch breaks of 30 minutes and two play breaks of 10 minutes.

The two shorter breaks must be held outside, be physical and involve limited equipment encouraging students to be creative and come up with their own games using their imagination.

The new timetable, also introduced at St Andrew’s Primary School at Malabar, is inspired by the Finnish model of allowing regular breaks to let students refocus.

Often cited as one of the best education systems in the world, the two principals visited several schools in the Nordic country to view the flexible learning spaces and innovative teaching methods.

Star of the Sea school principal Rosemary Andre said since implementing the new timetable improved the overall behaviour, academic results and willingness to learn by the students has been remarkable. 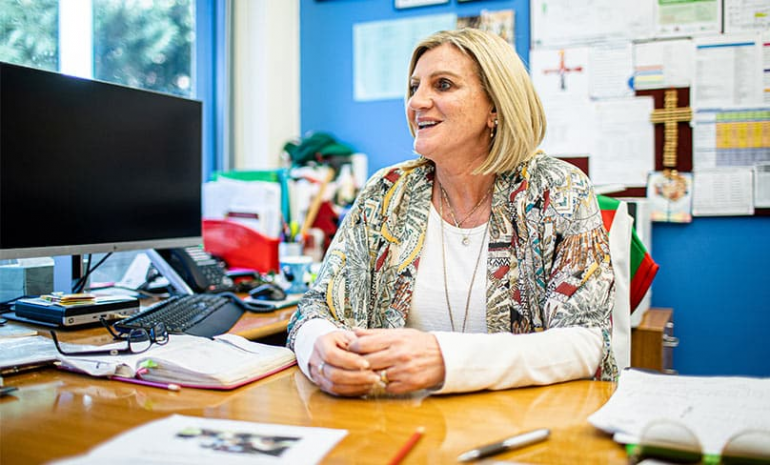 “We discovered very quickly that our students are now more focused, engaged and actually settle into lessons better than before,” she said.

“The students behaviour has improved so much that our Assistant Principal has not had to see any child for disciplinary reasons since it was introduced.

“The kids are happier, more social, interested in learning and less stressed.

“They know once they come into class they just have to sit for 60 minutes rather than a couple of hours.

“I know myself I have to get up and walk around and take a break from sitting at my desk so it makes sense, they need to as well.”

The principals were inspired by Finnish education professor Pasi Sahlberg who is now based in Sydney with the University of NSW’s Gonski Institute for Education who said “any format that gives kids more time during school days to play outside, or simply have time for themselves, is good”.

Sydney Catholic Schools Director of Teaching and Learning Genevieve Moss applauded the principals for their inspired approach to increasing student engagement and wellbeing at their schools.

“I am very proud of the creative approach our hard-working educators are taking to ensure our world-class education system maintains its high performing status,” Mrs Moss said.

“Principals consult with their community and underpin their approach with evidence based methods supported by contemporary pedagogy to implement new teaching processes that are tailored to their students to improve educational outcomes.”