About a year ago my life turned upside down, literally.

My wife and I, with our two school-aged children, moved to Sydney from Helsinki. 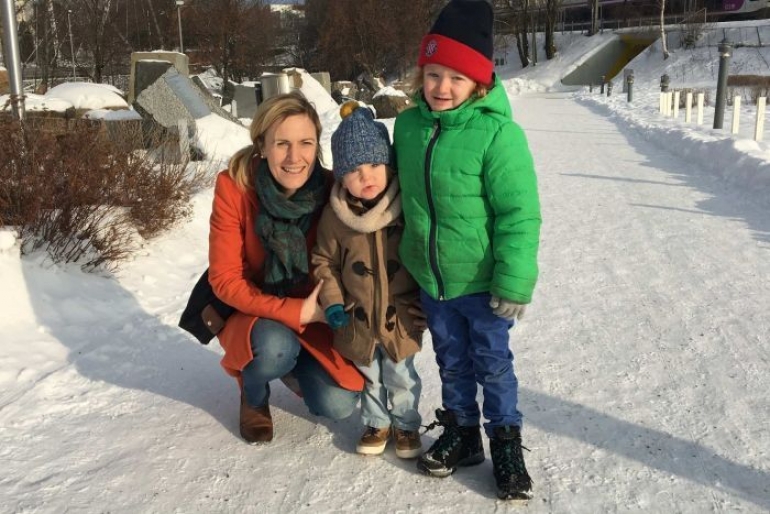 We soon realised that Australians do not walk upside down. But there were some things that we were not prepared for.

"Ever since we arrived in our new hometown, people were curious to know how we chose a school for our sons."

For us it was no-brainer — the neighbourhood public school. 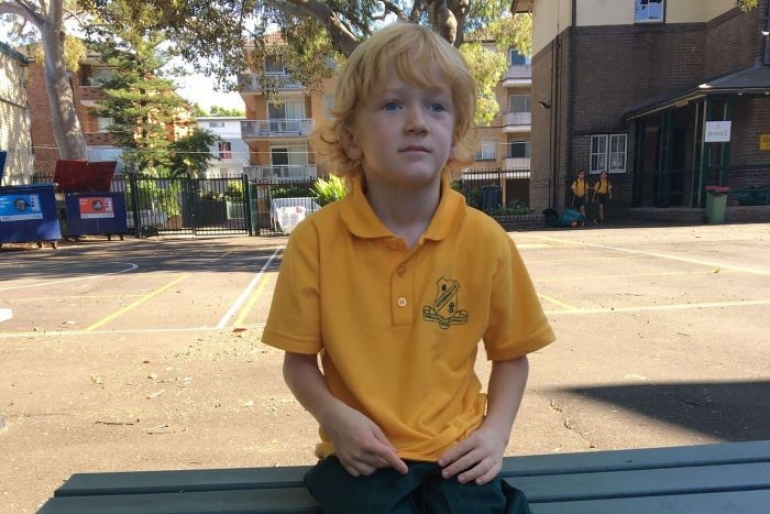 PHOTO: Otto Sahlberg is from Finland and no goes to school in Sydney

But most parents in our shoes, we've been told, would explore the vast school market in Sydney to find the best available school, and the best value for money, for their children.

Education is a human right

Where to find the best school for your children sounded like a strange question to us.

Back in our old home, just like most other Nordic countries, the best school for our children and everyone else's is the local public school.

"This privilege is not a lucky coincidence but the result of deliberate public policies that view education as a human right rather than a commodity."

Interestingly, in some countries parents can be quite confident that any public school is a good school. At the same time, in some other places finding a school for your child can be a major headache.

It doesn't have to be this way.

It all starts from an understanding that the importance of education to a society can be judged not just by how much is spent on education but by how public money is invested to serve everyone's individual needs and desires in as fair way as possible.

Rich countries vary greatly regarding how much of their national wealth is invested in schools.

Nordic countries typically cover about 99 per cent of their total education expenditure from taxpayers compared with 81 per cent in Australia.

In Australia it is three out of five children.

The relationship between funding and excellence

Again, this is not by accident. It is a result of the public view about the importance of education as a common good.

"During my work for and with a number of senior politicians, I have learnt that a government's budget is not just a financial document, it is also a moral one."

What policy-makers need to understand better is this: How schools are funded is a fundamental question for those wishing to achieve educational excellence in schools. Here is why.

About a decade ago the Organisation for Economic Cooperation and Development (OECD) discovered that the most successful school systems are those that combine excellence and equity in their education priorities.

The OECD's data from its PISA (Programme for International Student Assessment) studies since 2000 suggested that, indeed, those education systems that had established systematic mechanisms to finance schools based on schools' socio-economic makeup and children's educational needs tend to did better overall.

The OECD went even further in its policy advice to governments.

In its 2012 publication titled Quality and Equity in Education: Supporting disadvantaged students and schools, it stated:

"School choice advocates often argue that the introduction of market mechanisms in education allows equal access to high-quality schooling for all. Expanding school choice opportunities, it is said, would allow all students — including disadvantaged ones and the ones attending low performing schools — to opt for higher quality schools, as the introduction of choice in education can foster efficiency, spur innovation and raise quality overall. However, evidence does not support these perceptions, as choice and associated market mechanisms can enhance segregation." (p64)

Instead of increasing school choice, the OECD suggests that governments should invest more systematically in equity in education.

For many OECD countries that has meant a faster, smarter, and fairer way to achieve educational excellence.

The OECD suggests that school choice should be managed to balance parental choice while limiting its negative impact on equity.

In this subject Australia has not been a very good pupil in the class of OECD countries.

And we should know better.

Parental choice is an idea that became commonly known as a consequence of Milton Friedman's economic theories in the 1950s. Friedman stated that parents must be given the freedom to choose their children's education and encourage competition among schools to better serve families' diverse needs.

Friedman's school choice theory has been tested in large- and small-scale settings around the world since then.

School voucher systems in Chile and Sweden, charter schools in the US, and academies in England, are examples of mechanisms to advance parental choice and private schools.

Results over the past half a century have not been what Friedman expected.

In 2013 the Grattan Institute in Australia concluded:

"By increasing competition, government policies have increased the effectiveness of many sectors of the economy. But school education is not one of them." (p35)

Instead of asking schools to race against one another for better outcomes, state and federal strategies should introduce incentives that would encourage collaboration between schools and guarantee that all schools have sufficient resources to cope with inequalities that children bring with them to school every day.

So what do I think of Australian schools?

I tell them that based on what I have seen here, we have one of the best education systems anywhere. World class.

Then, I pause and say: But only for some children.

I believe I am right.

Some of the most interesting and innovative schools I have ever visited are right here, throughout this magnificent land.

Teachers and principals are advanced professionals akin to their peers in Finland, Singapore, or any other country.

But, as I have noticed, and what was well reported in recent ABC reportage, this world-class educational excellence is very unevenly distributed around this country and its communities.

Having world-class schools is not the same as having a high-performing school system.

David Gonski's Review Panel in its 2011 report got it to the point:

"Funding for schooling must not be seen simply as a financial matter. Rather, it is about investing to strengthen and secure Australia's future. Investment and high expectations must go hand in hand. Every school must be appropriately resourced to support every child and every teacher must expect the most from every child."

In other words, we need to fix current inequalities in and out of schools before educational excellence can truly be achieved.

It is that simple. The evidence is clear and so should be the road ahead.