ATAR has failed students, universities and business, so let's replace it by 2025

This block is broken or missing. You may be missing content or you might need to enable the original module.

As just over 75,000 students in NSW sit their first Higher School Certificate exam on Thursday, the role of the ATAR – the Australian Tertiary Admission Rank – is again under the spotlight. And so it should be.

As the determinant of university entry for school leavers, the ATAR has outlived its purpose. It is, in essence, unfair and creates far too much stress not only on students, but their families, too.

The ATAR simply fails to factor in the skills and behaviours that a student acquires over 13 years of schooling. Community attitude research released on Thursday by UNSW Sydney’s Gonski Institute for Education finds that most Australians agree.

There is a role for end-of-schooling exams but using them as the means to assess university course entry is anachronistic. Relyng on the ATAR in this way represents a structural deficiency in both the schooling and higher education systems.

For universities, it comes down to reputation and they want to be seen to be taking the brightest and best student. Universities don’t just want to produce accountants, lawyers and doctors; they also want to produce academics and researchers, which also requires high levels of academic ability.

But the ATAR entry approach results in the exclusion of a lot of people who would otherwise be successful at university. This means there is a fundamental issue about equity.

We need a new system to determine a Year 12 school leaver’s capability that does not just rely on a metric relating to few exams mostly in a narrow band of subjects. 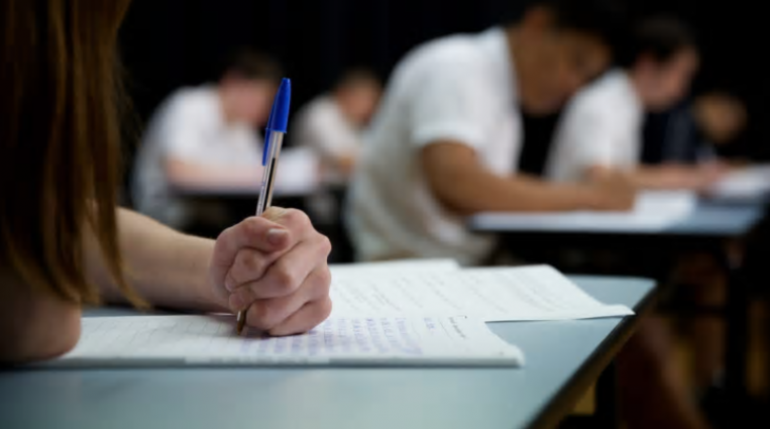 Time to find an alternative to the ATAR. PHOTO: WOLTER PEETERS

So how did we get here?

Universities use the ATAR as an entry requirement rationing tool, not as an academic assessment tool. The ATAR is simply used to limit student numbers. And that is not the best way to find the best doctors or lawyers or accountants.

That is one way where the ATAR falls down. Another is that it results in too much pressure around Year 12 exams. It also excludes all of the other skill sets we know are required across virtually all university courses and the jobs of today.

These include skills around communication, collaboration, reasoning, creativity and interpersonal ability. Without these skills, the best academic will never be a great doctor.

Quite simply, the ATAR has had its day, and it is time to move to a more effective student skill-assessment model for university entry. And the reason we don’t have such a model today is mainly because of the cost.

Measuring these other skills requires interviews and individual assessment of each student, particularly in their later years. Getting students to do a series of uniform exams is much cheaper.

Some universities are moving towards adopting factors other than the ATAR for course entry assessment, but there is a long way to go. One way is to establish a minimum ATAR entry requirement to complete a course academically, and then to look at assessing all of the other skills required to complete the course.

Business and industry tell us the ATAR doesn’t live up to their expectations. They say it is too narrow in assessing ability and they are getting graduates who often can’t do the job required of them.

There are a lot of entrenched interests with the ATAR but for the greater good we must adopt a more equitable model where it is only one component, not the determining factor, for school leavers to gain entry to a university course. Everybody has known this has been a problem for years.

I call on education policymakers to commit to a change away from the ATAR by the year 2025. That means we have over six years to redesign the system. This would include preparing students who are now just starting high school for the fact that the ATAR model is changing.

Having a target date requires us to get a new model designed over the next 18 months. We then want to announce changes to be made in the year 2021 so it can take effect by 2025, with transitioning to occur until then.

The current system is out of step with student expectations. It is frustrating business.

And now our new attitudinal survey tells us the community sees the ATAR as excluding the many of the skills of students that are needed for the 21st Century.